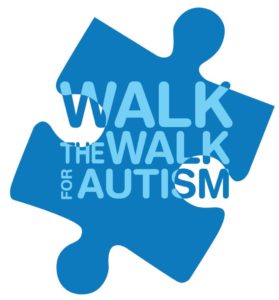 As we close out Autism Awareness Month, the Centers for Disease Control (CDC) released its biennial update on the estimated prevalence of autism among children in the United States.

Based on the CDCs analysis of the medical records of 8 year olds in 2014, they estimate that the prevalence rate of autism has increased from 1:68 to 1:59 children.  This is a 15% increase over the 2012 data.  Because comprehensive information was not available at all of the test sites, there is concern that the true prevalence rate may be higher.  These finding speak to the importance of Autism awareness efforts, early detection and intervention, and access to resources.

How much do you know about autism?  Did you know…..

You can do something to make a difference.

Thank you to everyone who helped set a record by supporting Walk the Walk for Autism which supports children and families challenged by autism here in our local communities. Click here to donate if you want to be part of making a difference.